A lover of nature, gardening, creating...a lover of texture & color...

I was born Elizabeth Suzanna Adriana Musch van Baren in Rotterdam, Holland.  I came to be called Ellen for some reason and it stuck.

I was raised in Vancouver, British Columbia, Canada where, amongst so many things I have done, I was involved in displays for department stores, floral design, then jewelry and diamonds and eventually in 1994 I opened my own antique shop in New Westminster.  Age of Elegance was a great success and when in 1996 we moved to Calgary, Alberta, I reopened under the same name in the quaint part of the city called Inglewood.

In 1998 I chose to move to the country and took my shop to my own acreage.  We renovated a 1000 square foot quonset building and set up shop.  Not long after I saw the opportunity to do very well on Ebay with my knowledge and expertise in Antique China.  I did that and did very, very well.  So well, in fact, that I closed my retail shop and sold exclusively antique china to many people all over the world, specializing in teacups and sets that were over 100 years old.

I had a dream to live in a small town in an old train station, schoolhouse, church or other unique building.  In 2000 my dream came true and we bought the 100 year old Baptist Church building in Nanton, Alberta…Population 2000.

This lovely old building was made of hand hewn timbers and was actually two churches joined together.  The original was one of the very first buildings ever built in that town and the second was moved and joined later.  I took my Ebay business there and began to make a home in my 5000 square foot building.  I always found myself in the “back” little church so, we renovated it into a marvelous little home. 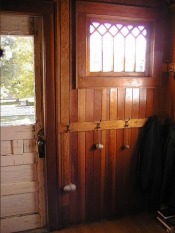 Being an avid gardener, I created a wonderful perenniel garden in the stoney ground and got to know my new town.  There were many antique dealers in Nanton and the surrounding area and lots of auctions and sales to attend.  I had a great time.

In 2004 we sold that church to a photography studio and I bought my very own 100 year old farm house on 2 acres at the edge of Nanton.  I had huge hedges all around and in the back, an unobstructed view of the Rocky Mountains.  Beautiful!

I retired for a while and just renovated my house…painting, ripping up old carpets, cleaning enormous picture windows and trying to keep warm in such a big place.

I planned to open my own antique shop again right on my own property.  First, I decided to take a holiday to meditate and freshen my mind.  Life changed in a most unexpected way and I had a decision to make.  I sold my house and everything I owned 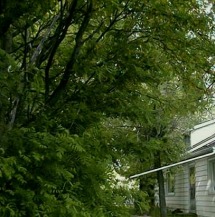 I went for a trip to Mexico…and through a series of incredible circumstances, I met my beloved…
Daniel Siqueiros.  www.dansiq.com


We moved to San Miguel de Allende in the mountains of Mexico.  I met a girl in a kitchen who wore a ring that she had made right there in San Miguel at a class taught by Billy King.  She raved about it...how fun it was.  She said I should go.  Some months later, I did.  I learned to silversmith.  I learned about so much.  I dropped in to a shop one day and made a wirework necklace.  I sold some of my things and I was on my way.


After a few years in Baja California, we have arrived here, to Puerto Vallarta.  It is time to get reinspired.  Time to open my own studio, my own place.  I have been blessed in that whenever I have exposed my work, it has been well accepted and loved.


My deepest thanks to that girl in the kitchen, Melissa... and to none other than the best teacher anyone could want...Mr. Billy King.
Find him at www.sterlingquestschool.com